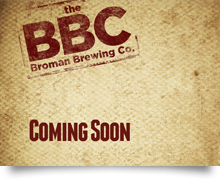 I first got the idea for this beer after reading this post on the Serious Eats site. I thought the idea of a peppercorn saison was a fantastic idea, unfortunately they didn’t provide an actual recipe for one.

After a little research I ended up using a composite of a couple of different recipes. I started with this saison recipe but used the grain build from the recipe in Sam Calagione’s book Extreme Brewing. I also added 1 teaspoon of milled peppercorns at the end of the boil.

Name wise, I really struggled. I was looking for something that referenced Belgium and spice but still remained true to my geeky roots. In the end I went with 123 Beer as an obscure reference to the game Bioshock, which has nothing to do with either but was much on my mind as I was replaying my way through the game. The obvious choice would have been Old Harbinger as that is an actual consumable item in the game but I had a whole number theme going on and wanted to stick with that if I could.

I still think Old Harbinger would be a great name for a barley wine. Someday…

This post is actually a few weeks overdue but I have a good excuse. For one, we were on vacation in Orlando […]

Today we brewed our seventh homebrew, a Belgian Saison with peppercorns. A waining days of summer brew that should see […]