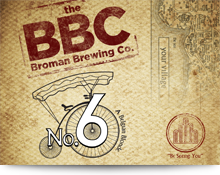 On a trip to France in the summer of 2007 Irene became a bit obsessed with Leffe. When summer finally started making an appearance this year (2011) the obsession came roaring back, and thus it was decided that our next brew should be a Belgian Blond.

Name wise I had settled on the number 6 before I even realized that this would indeed be our 6th homebrew. Sticking to the theme of numbers from geekdom, 6 had a few different callbacks to things I loved. First there was the Nexus 6 model replicants from Blade Runner. Also, the Number 6 from the recent Battlestar Galactica series. Ultimately I decided it should represent No. 6 (Patrick McGoohan) from The Prisoner.

No posts at this time. Check back later.